Dealing with Electronics and relocation

Today's post is another guest blog by David (@dorzak), this time on the topic of what you need to consider regarding electronics when you move to Ireland. (He previously covered some information on the subject of dual citizenship). David's perspective is from that of a US emigrant, but a lot of what he talks about applies to people from moving from many other parts of the world. However, if you wish to add more country-specific information related to where you are moving from, please feel free to do so below. Here's David...

When you are relocating between different countries, one decision that needs to be made is what to bring with you. I am going to cover the two concerns - power and standards. In addition I will make my personal recommendations on when it is worth it, and when it is not.

There are two ways of using electricity.  Alternating Current (or AC) and Direct Current (or DC).   Most electronics that are related to a computer use DC internally.  Devices with motors and heating elements usually use AC.  Your wall outlets provide AC. The exception is some RVs (Caravans) and boats have DC outlets.

Every country has different standards for A/C power and the shape of the wall outlets.  There are 15 different plugs in use around the world, and not all of them use the same voltage even when they use the same plug.  Sometimes a country will share standards either closely or completely with a neighboring country.  Ireland and the UK share standards close enough that devices will work in either country if intended for one or the other.

For the purpose of this article I am going to cover a US to Ireland/UK move.

Many items will work with a converter or a transformer.  Some will only need a plug adapter.  Even when the voltage is converted the frequency is not.  This can lead to issue with some devices such as clocks.   Some US clocks in Ireland will lose 10 minutes every hour, and items like house fans may spin slower.

As mentioned before most electronics use DC internally.  There will be a power supply or charger that converts AC from the wall to DC.   This can be the brick you lug around with your laptop; the adapter that came with a portable device like an smartphone, music player or  tablet; or the power supply inside a HD TV, computer, DVD Player, etc.   Many of these devices will offer the option of changing the cord or plug, and will work without further change.  Some that do not update automatically will have a switch that can be flipped.

The power supply below from Wikimedia commons has a red switch that must be flipped when changing between voltages.  Then the cord is replaced and it will work.

Most laptop chargers, and some power to USB adapters are cable of handling either voltage.  They can be used with a plug adapter, but replacing the power cord is a better solution.  The existing AC cord or plug may not be rated to handle the higher voltage.  How can you tell if your device will support the differences in voltage?   Somewhere on the device there will be a label, often in small print that lists the AC input that is supported.  This example only supports 230v -

This laptop power adapter is used as an example. It shows that device supports 100-240v input, and includes a cord for North America.  The power cord included could be swapped out for a UK/Ireland cord and be used.

Apple adapters come in two types - a small plug that can only be used in one country, or a brick with a plug or cord that can be removed.

If your device uses a USB or Micro-USB cord for power, it is cheaper to replace the charger plug when you arrive in your new country.

We have covered computer devices that use DC power internally.  If the existing power supply supports dual voltage the process is replace the cord or plug, change the switch if needed, and use in your new country.   If you know you are going to be moving, and are replacing one of these items, checking labels in advance may help you retain these items in your new country, and some of them are significant purchases.

Power for cell phones was covered above.  USB ports are universal and if your cell phone charges with a USB adapter you will be able to charge it.  Depending on the adapter this may be as simple as a plug adapter, or may require purchasing a new charger once you moved.

Cellular signal is a different issue.   In the US two technologies competed for 3G.  These are CDMA and GSM.   CDMA is used in a few countries besides the US, but not for cellular phone service in Europe.  Some countries in Europe use CDMA for dedicated data networks such as meter reading. GSM ins the predominant standard in Europe.  LTE is a GSM based technology.   GSM based technologies use a SIM card to allow access to networks.  If the SIM slot is unlocked, it can be used with a local carrier in Ireland.

Most 3G or earlier phones sold for use with a CDMA carrier will probably not work in Ireland.  The largest CDMA networks in the US are Verizon and Sprint.  A few models were sold as “World phones” and have a SIM slot to be used with a local SIM.  This may require unlocking by your carrier before you leave the US.

Devices that support LTE will probably have the SIM slot unlocked.  If you are in a contract or using a payment plan through your carrier you should work with them before you leave the US to make sure you have settled any account requirements and that the device is unlocked.  Most T-Mobile and Verizon LTE devices have an unlocked SIM card slot.  However, if you are under contract there may be early termination fees for cancelling your service, and if you are on a payment plan they may bill you for the remaining balance if you cancel service even if the device is unlocked.  The US government has started requiring carriers to unlock phones sold after February 11, 2015.   The US Federal Communications Commission (FCC) provides a FAQ on unlocking.

Even when unlocked there may be frequency differences with devices that may limit some functions.  These actually work in your favor moving to Ireland for some devices.  Some devices sold for use with T-mobile or AT&T will not support the LTE frequencies used in Ireland and will be limited to 3G data.  Verizon devices sold in the US won’t support LTE on T-Mobile or AT&T in the US, but will use LTE in Ireland.   Many devices support the full range of frequencies and will be able to access LTE.

In summary - GSM phones should work for at least 3G data and voice, and may work for LTE.  CDMA devices will probably not work unless they support LTE, and then they should work.

One thing that may affect whether you replace or bring with you is electronics that may use media that is region locked, or otherwise uses a different standard in addition to electrical supply. Video games, DVDs, Blu-Rays, etc may be region locked.  There are some considerations to be made with regards to these.

One that comes up on many resources is TV signal.  This is not an issue with digital signals.  Analog TV signal was turned off in Ireland in 2012.  This is an issue if you are using an analog TV with VHS tapes.

The other is region locking.   Most DVD and Blu-Ray discs are sold region locked.  It may apply to video game consoles.

There are three ways to deal with DVD or Blu-Ray region locks.

The first is to buy a new player and replace your discs  in the new region.  Not all of them will be available, and this is probably the most expensive option.  If going this route it might be less expensive to consider a set top box or Smart TV that would support a cloud based digital solution.

The second is use your existing DVD or Blu-Ray player with a transformer, or some may support multiple voltage inputs with a new cord or plug adapter.  You would probably still want to purchase a new player to support movies you buy in the future.

The third option is to buy a region unlocked or region less player.  These players are usually more expensive. Some less expensive players may have steps to unlock available online, but unlocking the player is not legal in many countries.  It is not legal in the US because of the DMCA.  I do not know the legal status of after purchase unlocking in Ireland.

In summary my recommendations are:

For computer items, including game consoles, if they are not region locked, consider what solution would work for power conversion.  Many will only require replacing a cord, or a relatively inexpensive component.  Replacing a cord for a power supply that will support both voltages is usually €5-€25 for the plug adapter.  If you need to replace a power supply for a computer or laptop the price range would be about €25-€100.

Video consoles that are not region locked can be used by swapping the power supply with the local version.  If they are region locked you may be able to use a different power supply but would be limited to games you already own, or import.   The value of these devices would depend on personal preference.

Cell phones that are unlocked should allow at least some access in Ireland.  Newer devices will support a wide range of frequencies and more likely to support faster data speed.  The charger may need to be replaced after the move, or they can be charged from a computers USB port.

Whenever possible other electronic items should be replaced in your new country.

Major appliances and kitchen gadgets should be replaced in country.  This would also apply to any analog electronic items such as wall clocks that plug into the wall.   Batteries are universal to not be an issue for a battery powered clock.

Lamps should be rewired instead of used with a converter or transformer.  Only consider doing this if the lamp has some value such as an heirloom or sentimental item. 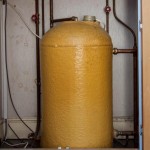 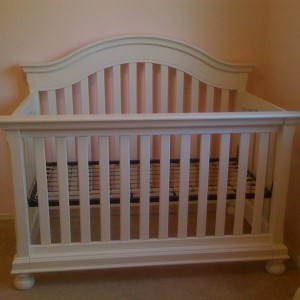