EU citizen right to live in Ireland – clarification on restrictions

I for one am thankful for the rights afforded to me as an Irish citizen with respect to being able to freely travel, live and work in any other EU member state, with essentially zero restrictions. I haven't made use of this right as of yet, but who knows what will happen in years to come. Maybe I'll need to start brushing up on my German at some point.

There is one restriction though that many may be unaware of when moving to Ireland as a citizen of one of the other 27 EU countries. That is the requirement that you are self sufficient, and don't become a burden on the social or health systems of Ireland.

I received a question from a dual US/Swedish citizen last week on this topic. The information provided on various other websites don't offer many details on this requirement. I fired off an email to the EU Treaty Rights department to seek clarification on what is considered to be "sufficient resources". Here is their response:

Thank you for your email. There is no exact amount of income defined as being sufficient resources, and all applications are assessed on a case-by-case basis. Generally, we are looking for evidence that there is a steady income (e.g. from a pension) or that there is a very substantial sum which will last for at least 5 years (the amount of time for which a Residence Card may be granted).

An average income which is equivalent to that of a person in full-time employment (earning above the national minimum wage) would usually be considered to be sufficient resources for the EU citizen if evidence is shown that the income will be consistent.

I guess this makes sense, and you'd have to imagine that the rules are probably similar in all EU countries, especially those with good social systems that may otherwise be taken advantage of. Although, there are other social service protections now in place that weren't there not so long ago. Some of these changes even affect Irish citizens who are returning home from a stint abroad, such as the Habitual Residency condition. 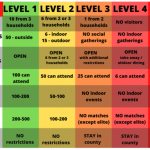 How is the Irish Covid 19 lockdown affecting immigration applications 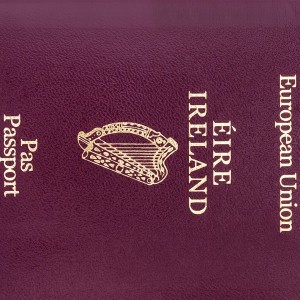 Q&A: Citizenship eligibility – can you get an Irish passport?

« Q&A: Can the US citizen spouse of an Irish citizen work for a US company remotely?
The US election results effect on The Ireland Move Club website »