Things an American can expect to dislike about living in Ireland

I was under no false illusions when I decided to move back to Ireland. I knew there'd be things I would like, and things I would dislike about the way life is in Ireland today. I suppose I just hoped the things I liked would out-weigh the things I didn't. So far, that has certainly been the case.

But there are some things I have noticed that can be a little irritating. And, as an ex-resident of the USA, I have noticed some things that I can safely say might be a little off-putting to Americans who move here. Some of these are pretty minor or easily fixable, but all might be worth being aware of if you're planning a move. So here, they are....

Websites missing basic information
For me, this is a big one, and something I think could be so easily fixed. It's probably one of my biggest pet peeves here, that many businesses lack basic details on their website. Things like opening hours, address/directions, a phone number, things like that. Often you'll find websites that haven't been updated in many years, and the information on the site is no longer valid. For a country so well blessed with technological know-how, we could do better here.


On more than one occasion in the last few months I have shown up at the local grocer before they've opened, or after they've closed. In the US I had gotten used to not even having to think about opening hours. So many grocery stores are open 24 hours in the states, and those that aren't will only shut their doors for a few hours in the middle of the night. I was in touch with Emily over at FromChinaVillage.com on this topic (Emily's an American who lives in Ireland) and she gave another good example of this. She noticed that "the post office is closed at lunch time in most places. That's the only time I ever try to mail something!"
As much as it can be a pain in the you-know-what, I can see both sides of the coin on this one. People need to be able to shop, but workers deserve to start/finish at a decent hour of the day, and have major holidays off with their families.

You will also notice that banks close at a very early hour in Ireland. 4pm is pretty normal throughout the week, and it's rare to find branches that are open on Saturdays.
This can become a big headache if you're looking to transfer money from your overseas account. However, bank-to-bank transfers are probably the least cost-effective way to do that these days. You'll find that services such as Transferwise (best for US customers) and CurrencyFair (my favorite option for non-US customers) will save you a significant amount of money on international money transfers. 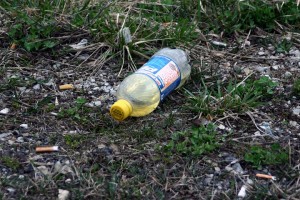 Litter on the streets
This one really annoys me! The city streets of Ireland can be quite messy. A lot of people have a pretty poor attitude to keeping the streets free of litter. I'll often be walking down the street and, without a care in the world, someone will just throw a sweet wrapper or drink bottle down on the ground. I understand there can be a lack of public waste bins, but it wouldn't take very much effort to hold on to the rubbish until there is somewhere to put it. Have some pride people.

The word 'Yank'
The longer I lived in America the more sensitive I became to the use of the word 'Yank'. Unfortunately, if you are American, and you live in Ireland (or visit here), you will most likely be referred to as a yank at some point. As much as you may dislike it, you can rest assured that most people will not mean anything derogatory or nasty by it. It's a commonly used word to refer to (or tease) American's in Ireland. Even I get called one sometimes and I'm not even American 🙂 The Irish have a fondness for winding people up, and in most cases, that's what people will be doing. If you want to brush up on your Irish slang words prior to arrival, I recommend checking out The Book of Feckin' Irish Slang.

The weather
I don't mind cold weather. I don't mind wet weather. What bothers me about Irish weather is the unpredictable nature of it. There are certainly very distinguishable seasons in Ireland, but the fact that it can be unexpectedly warm and dry in December for a week, or cold and wet in July, can be a little hard to deal with. As Susan from VibrantIreland.com told me, there was a "run of 4-5 bad summers we had in a row up until about 2013". It makes planning activities (especially with kids) very difficult to do in advance.

Grocery shopping experience
In America I would drive to the grocery store, grab a trolley (or shopping cart as it's called there), pick up what I need, unload the items and pay, wait while my shopping bags are packed, and then be offered help out to my car. Sounds easy! It was. And that's pretty much the norm in the States.
When you get to a grocery store here the first thing you better have remembered to bring is a Euro coin for the trolley (in some cases it's a 2 Euro coin). The next part is pretty straight forward - find what you want and unload it onto the conveyor for the attendant to scan. But...did you remember to bring your reusable bags (this is creeping in around the US too). If not, you better be prepared to cough up. I think it's something like 25 cents for a plastic shopping bag these days. Don't get me wrong. I'm all for saving the planet, but that's excessive. Lastly, (and this is true of every grocery store I've been to in Cork), you have to pack your groceries into your bags yourself.
All-in-all a less enjoyable customer experience, but nothing too bad to handle.

Getting a driving license
Unfortunately I have learned that my US driver's license will not transfer, and I will need to apply for, and take the test, for a full Irish driver's license. This doesn't sound so bad on its own, but I have also heard that I need to take 12 mandatory driving lessons! Twelve! I think they run at about 50 Euro each, so that's 600 euro, plus license fees, to 'learn' to do something I've been doing for 13+ years. When I finally go about getting my Irish license I will cover this in more detail on the site.

The lack of Starbucks
In every major city in America you will find numerous Starbucks coffee shops. That's not the case in Ireland. I'm not really a Starbucks fan myself. I don't dislike their coffee, I just don't see the major attraction of it. But having seen the queues for Frappe's, Mocha's and Latte's in America, I know many American's will miss having one of these nearby. There are so many local 'mom and pop' style coffee shops around Ireland though, you really won't have to go without your daily fix. Their mugs won't be emblazoned with the Starbucks Siren lady, but their coffee may be better than you've ever had before.

That's it for now. And it really wasn't so bad now, was it? I might add to the list as time goes by, but please feel free to do so yourself in the comments below.

Have your say in the forum!

Introduction to The Ireland Move Club

« Q&A: What is the cost of living in Ireland?
The Irish home-bidding process is seriously flawed »