I'm generally not one for publicly offering my opinion on social and political issues, but I'm breaking away from my norm for one issue that is looming heavily on me.

It's been in the news for quite a while, and it appears that it's just a matter of time now before we see the introduction of mandatory 20% deposits to qualify for a mortgage. As a hopeful first-time-buyer myself, it is an issue near and dear to me at the moment. The thought of going from having a good prospect of buying a home in my own country, to basically having zero chance at all, for the next 5-10 years, is completely heart wrenching.

For most young people, myself included (mid 30's), it is an extremely difficult task to save for a down payment for a home. Most of us get there one way or another, but to all of a sudden have the amount you need doubled is completely demoralizing. As a one-income family, and as parents to 3 children, there is just no way that we can save double our current amount in any reasonable time frame. Even for a modest home of approx 250,000 Euro, that's an additional savings requirement of 25,000 Euro! Even for people without children, it's a huge hill to climb.

One of my motivations for moving back to Ireland was the opportunity to buy a home, and if I had known in advance that this was a possible requirement of being able to do that, I would have had to seriously reconsider my move. I'm not saying that it would've kept me from moving back to Ireland, but it would certainly have been at the very top of my negative list. At a minimum, it would've delayed my move significantly.

This restriction may have the desired affect of pushing down house prices, and reducing the chance of a new property bubble, but at what cost. Will we lose more young people to emigration, and let other countries countinue to glow and wallow in their talents? Will the desired affect of reducing purchase prices really be enough? It certainly won't reduce them enough for me to buy a home any time soon. And if this new restriction is never put in place, how badly off would the banks be anyway. They charge a higher interest rate to those borrowing a greater loan-to-value percentage, and for the very few that default on their loans, is that 10% going to make such a huge difference to their bottom line? Will it be enough of a difference to justify the fact that thousands of people will now face many more years of renting, trying to scrounge together tens of thousands, for a basic family home?

Maybe I'm a little naive, and I know I'm a little (ok, very) aggravated, but there has to be a better solution, rather than to penalize those of us who will be set back such a great deal.

As much as I try to always find a way to look on the positive side of life in Ireland, and I do my best to show others that Ireland is a great place to live, and to move to, this is one issue where I would offer my concern, and recommend that you be well prepared for what it will personally mean for you.

Here's a link to the latest (Jan 20 2015) Independent.ie news article on this topic.
http://www.independent.ie/business/irish/central-bank-move-mortgage-deposit-misery-on-cards-for-new-homebuyers-30921041.html

Also relevant from the Irish Times "Siptu General President, Jack O’Connor said, if implemented as currently envisaged, “would put home ownership beyond the reach of thousands of individuals and couples."

UPDATE Jan 28 2015
The new mortgage lending restrictions have been announced, and I must say that as a future first time buyer, I'm quite relieved. I was expecting the restrictions to be more punitive than they are. For first time buyers of property in Ireland, here is what you face:

Other restrictions have also been introduced for how much can be lent. The Irish times explains those for you here. 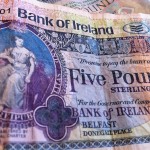 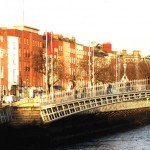 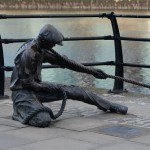